HILT participants are invited to attend special experiences on the UPenn campus and in the city of Philadelphia. Organized especially with our institute in mind, taking part in these experience also offers an opportunity to befriend fellow HILT participants outside of your classroom. 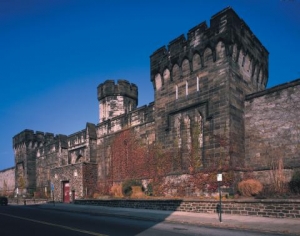 Eastern State Penitentiary Historic Site interprets the legacy of American criminal justice reform, from the nation’s founding through to the present day, within the long-abandoned cellblocks of the nation’s most historic prison.

Participants will take a one hour, private guided tour of the ruins of Eastern State Penitentiary. Opened in 1829 and in operation until 1971, Eastern State was a revolutionary institution that claimed to be designed for reform rather than punishment.

The guided portion of the tour takes around 60 minutes and during this time your group will:

After the one hour tour, participants from HILT meet with the on site archivist, Erica Harmon, for an additional hour and get a peek behind the scenes of the research wing of ESP.

Introduction to Center and Discussion Session 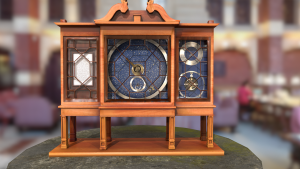 Visualization of David Rittenhouse’s 1771 orrery by the ViDi Center

Through modern computer graphics, the ViDi Center for Digital Visualization addresses 3D visual experiences, reconstruction, and animation of cultural environments. This session will describe the state-of-the-art in computer visual simulations, especially as they relate to human environments that pose significant and interesting questions for the Humanities. The second half of the session will be devoted to specific case studies in natural and ancient lighting, and the re-population of prehistoric human environments. Problem areas suggested by the participants are particularly welcome for discussion.

This session will be lead by Norm Badler, Rachleff Professor of Computer and Information Science. It will begin at 10am and last for 2 hours. 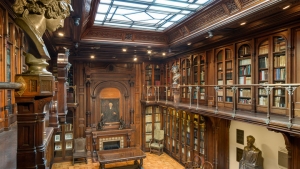 The tour of the Kislak Center for Special Collections, Rare Books and Manuscripts will include a visit to the Vitale Media Lab, SCETI, and the Steven Miller Conservation Lab. The Vitale Media Lab (Vitale II) is the Book History and Digital Humanities (BH+DH) lab in the Kislak Center. Vitale II welcomes scholars of all levels who are working on projects at the intersection of BH+DH, providing space for collaboration and learning, for experimentation and creation, for people to come together to ask and answer questions. SCETI, the Schoenberg Center for Electronic Text and Image, is the library’s digitization lab, where books and manuscripts are digitized for our online projects. The Steven Miller Conservation Lab, which opened in 2016, is the place where the library’s collections are cared for.

Led by Dot Porter, Curator of Digital Research Services, with assistance from Michael Overgard, Head of SCETI, and Sarah Reidell, Margy Meyerson Head of Conservation at the University of Pennsylvania. The tour will begin at 10am and last for approximately two hours. 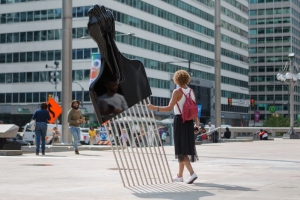 All Power to All People, by Hank Willis Thomas, as part of Monument Lab. Photo by Steve Weinik

During the fall of 2017, the city of Philadelphia was the site of a giant public art and history project called Monument Lab which asked residents of the city as well as 20 artists from around the world to answer the question “What is an appropriate monument for the current city of Philadelphia?” By the end of fall, the project had produced countless conversations, and more than 4000 individual proposals for monuments that might/should/could exist in Philadelphia as well as temporary prototype monuments around the city.

Though the Labs and prototypes will be gone by June 2018, participants on this tour will visit 3-4 Monument Lab sites where temporary monuments were created or imagined, and experience immersive renderings of the artworks as they existed during the project. Based on 3d image and video captured during the project, this tour will invite participants to use various immersive technologies to explore the speculative monuments and engage in conversations with members of the curatorial and research team about the project.

The tour will spend considerable time re-visiting portions of the the “Sweet Chariot” App monument developed by Marisa Williamson. “Sweet Chariot is an interactive video scavenger hunt that guides users as they uncover a series of site-specific videos that reveal hidden moments in the landscape of historic Philadelphia, opening a window onto the African American struggle for freedom. The journey begins in historic Washington Square, and invites viewers to look for clues hiding in plain sight, including images on signs, plaques, and murals. Each unlocked video presents a creative and collaborative interpretation of a story from Philadelphia’s African American history.

The tour will begin at 10am and last approximately 3 hours.

Penn Museum: Saving History in the Near East

Cultures in the Crossfire exhibit

This lecture and exhibit provides a historical context for the destruction of monuments in the Near East and Central Asia (Syria, Iraq, Afghanistan). Dr. Rose also reviews the new educational programs in cultural heritage protection that involve archaeologists and the military, and highlights the cultural links between antiquity and the contemporary world.

This opportunity will include a guided tour of the Cultures in the Crossfire exhibit, a behind the scenes look at the Museum’s conservation efforts in the Artifact Lab as well as a lecture from a museum curator.

Tour is capped at 30 people. It will begin at 10 am and last for approximately 2 hours though participants are welcome to explore the rest of the museum on their own after the planned tour and lecture conclude. 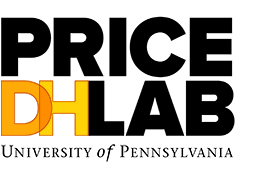